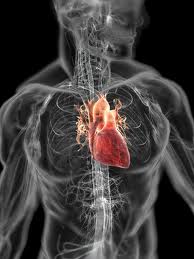 Organ transplantation policies in Europe have saved many lives and improved the quality of life of many individuals. Nevertheless, the shortage of organs for transplantation still constitutes a pervasive and increasing international problem. Avoidable deaths spur attempts to discover ways to rise organ donation rates and to explain the wide variation in OD statistics throughout the world. (Gridelli and Remuzzi 2000) The success of any organ procurement system can be measured by the fulfillment of three interconnected objectives: 1. good outcomes in terms of quantity and quality of organs, 2. maintenance of public trust in the transplantation system, and 3. respect for ethical principles. Currently, the main obstacles for increasing organ transplantation rates are by no means technical, but ethical. However, as the need for organs increases, transplantation institutions in most countries are appealed by a number innovative strategies to save lives that are ethically challenging: enlarging the criteria for declaring death, living donation, donation after circulatory death, anonymous donation, directed donation, opt-out policies, economic incentives… As these strategies are implemented, new tensions, moral conundrums and bioethical controversies arise. Firm success of organ transplantation policies in the long run cannot be reached without transparency; every strategy likely to increase organ donation should be carefully considered in virtue of both its conflicts with core ethical principles and its capacity to reinforce or undermine public trust. 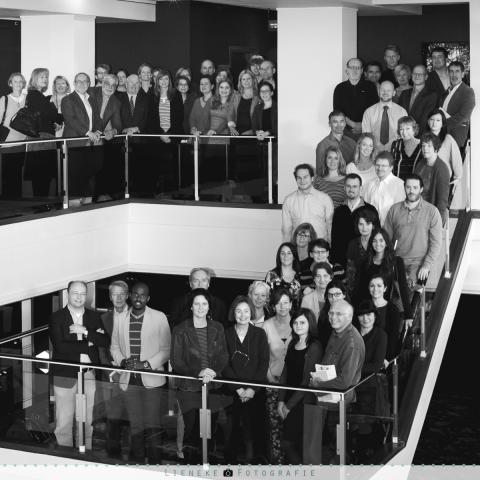 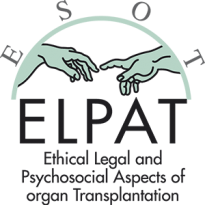 RESPONSE: RESEARCH ON ETHICAL STRATEGIES TO INCREASE ORGAN DONATION RATES
Ministerio de Economía y Competitividad (FFI2015-62699-ERC)
Any good system of organ donation must ensure efficiency in securing transplantable organs, the respect of ethical standards, and the preservation of public trust in the system. This project explores ethically and socially acceptable ways to raise organ donation rates in Europe. Its specific objectives are: 1. To identify and classify current international strategies to increase OD rates; 2. To identify and discuss the ethical challenges these strategies raise; and 3. To explore citizens knowledge, and attitudes towards specific strategies to increase OD. It provides an exhaustive conceptual-normative analysis of ways to organize and regulate organ donation, and the ethical challenges faced by the main strategies to raise organ donation rates. This is to be reached by a literature review and two thematic workshops with national and international experts. A second approach involves focus groups which will yield research hypotheses about public opinions and attitudes towards organ donation. Such combination of approaches is necessary, as recent calls for public consultation in organ donation decision-making suggest that ethical issues related to organ donation cannot be answered by experts alone. By seeking greater transparency and legitimacy in current organ procurement processes, this proposal addresses an important challenge to the well-being of European societies. It uses Spain as a case study. European countries willing to increase their organ donation rates will benefit from knowing the experience of the country that has better performed in securing transplantable organs. 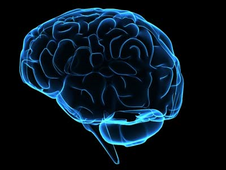 In the last forty years, modifying the meaning of death has been successful in increasing the rate of organ donation. Although these modifications have increased the donor pool by introducing the notions of “brain dead donors” and “donors following circulatory death” they have also created agreat deal of conceptual dissatisfaction. Adding the neurological criterion for declaring death to the traditional cardiorespiratory criterion was the strategy chosen by the Ad Hoc Committee of Harvard Medical School in 1968 to address the resulting advances in mechanical respiration and to increase the donor pool in a way that would avoid controversy in obtaining organs for transplantation (Ad Hoc Committee of the Harvard Medical School to Examine the Definition of Brain Death 1968). Although heartbeating “brain-dead” donors are in most countries the main source of organs for transplantation, lay people, bioethicists, and professionals involved in organ transplantation have long expressed their concern with regard to whether these patients are dead or alive. 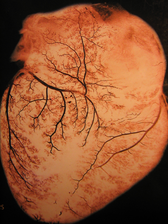 The ever-increasing demand for organs has led many countries to perform donation after circulatory death (DCD) protocols. While the USA, the UK, the Netherlands, Belgium, and Canada practise controlled donation after cardiac death (ie, in patients dependent on mechanical ventilation who are not brain dead, a decision is made to discontinue respiratory assistance [by family], and organs are removed 2–10 min after circulatory arrest), Spain and France mainly  undertake uncontrolled donation after cardiac death (differs from controlled donation in that patients have unexpected cardiac arrest, and after resuscitation attempts are judged futile and the patient is declared dead, interventions are restarted to preserve organs until consent for donation is obtained). Although DCD protocols have good results in terms of graft survival, they raise a number of ethical concerns, including the suspicion that some uDCD donors might not have irreversibly lost either circulatory or all brain function at the moment of organ retrieval. 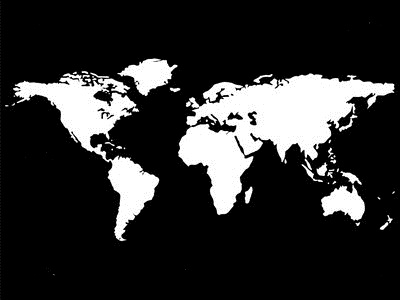 _Solomon Benatar defines global health ethics as "a suggested means through which to promote widely values that include meaningful respect for human life, human rights, equity, freedom, democracy, environmental sustainability, and solidarity” (2009). The agenda of global bioethics is so wide that some structure and limits setting might be useful. The typical tasks of this new discipline can be divided into three subcategories: Microglobal bioethics deals with the ethical problems that individuals encounter, whether in the clinical setting or in biomedical research. The problems of dealing with cultural diversity in health care institutions and biomedical research in developing countries are comprised in this category. Macroglobal bioethics deals with the political and economic dynamics wich enable or facilitate inequalities. It has to do with the so-called social determinants of health. Finally, metaglobal bioethics incorporates the theoretical and methodological reflections about bioethics itself. Does bioethics undergo any fundamental or methodological change by becoming global? 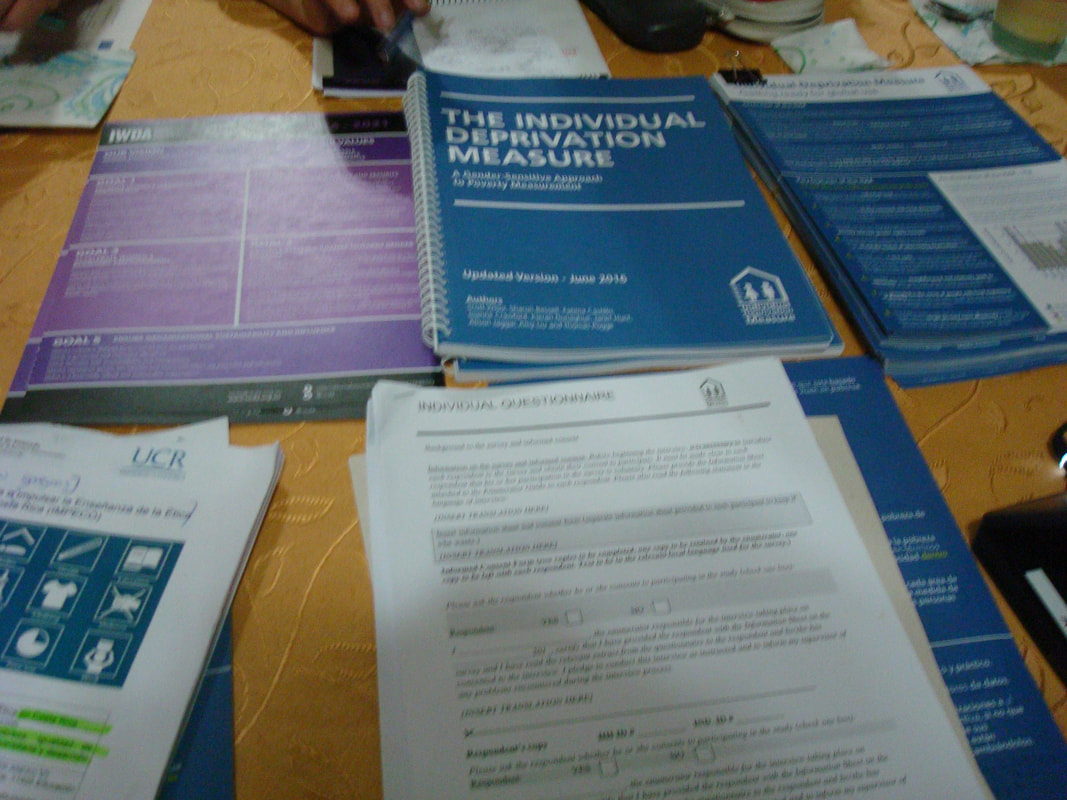 It is uncontroversial that alleviating global poverty is one of the most pressing challenges the world faces. The evidence speaks for itself. While hunger remains the world’s number one health risk (World Food Program), every year the populations of Europe and the US spend roughly twice as much money on perfumes and pet food than what would be sufficient to address the world’s unmet nutritional and health care needs (The State of Human Development UN Report 1998). In spite of the fact that it would take a relatively modest investment to alleviate world hunger, it remains a persistent problem. Two kinds of arguments are commonly used within philosophy to try to convince people to fulfil their moral duties towards the worst-off. The first kind of argument appeals to positive duties. Peter Singer has famously argued that if it’s in our hands to prevent something bad from happening, without thereby sacrificing anything of comparable moral importance, we are morally bound to do it (Singer 1972). The second kind of argument appeals to negative duties. Thomas Pogge has argued that, as a result of a violent history, uncompensated exclusion from global resources, and an unfair institutional order, affluent countries have a negative duty to repair the damage that has been done to poor countries (Pogge 2001). Although both types of argument aim to convince people that they have a moral duty to act, their relative effectiveness in motivating individuals to alleviate global suffering through charitable giving has only been subject to limited empirical test. Luke Buckland, Carissa Véliz, Boris Yakubchic and I are conducting a cross-cultural research project that investigates the motivational impact of each kind of argument on both US and Spanish undergraduate populations. In the study, the moral intuitions of these groups are elicited both before and after their exposure to either a positive or negative duty-based argument. These arguments are adapted from the work of Singer and Pogge, and present participants with both a duty-based argument and the vignette with which it has usually been associated. Participants predict their own future rate of charitable giving, make judgments about our moral duty to combat global poverty through charity, and provide limited demographic data. This study thus aims to measure the persuasive power of these very different argumentative approaches, as well as to assess their impact on two fairly different populations. Besides providing valuable information on how the public might be more effectively encouraged to take action to address global poverty, the study also promises to shed more light on the folk psychology of moral reasoning.